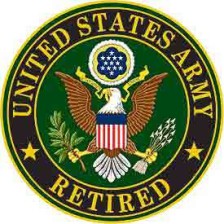 Leroy Allen Ward has served in the firefighting career field as a volunteer, military and career firefighter since 1978. His military career spanned 25 years and included active duty as well as Army National Guard service. While on active duty, he deployed to Desert Storm with the 89th Engineer Detachment (FFTG). He was instrumental in developing the specifications for the Tactical Fire Fighting Truck (TFFT) and led the development and fielding of the Joint-Firefighting Integrated Response Ensemble (J-FIRE) while assigned to the U.S. Army Engineer Center at Fort Leonard Wood, MO. His expertise led to the creation of the 5th Army Fire Fighting Center of Excellence at Fort Lewis, WA while assigned to the 91st Division (Training). His military awards and decorations are numerous and include the Meritorious Service Medal (3 OLC), Army Commendation Medal (2 OLC), Kuwait-Liberation-Medal and the Corp of Engineers de Fleury Medal (Bronze). Since January 2001, he has been employed with Rural/Metro Fire Department serving as an aircraft rescue fire fighter, fire captain, and fire chief at the Port Columbus International Airport in Columbus, Ohio. He currently leads the Specialty Fire Division comprised of eleven fire department operations across the United States. He and his wife Tammy now reside in Bradenton, Florida with one spoiled Pomeranian dog named, Cupid.

How Many People Visit